We are proud to announce the panellists for the COMBINE Symposium 2015 Careers Panel: 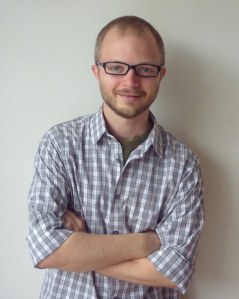 Aaron Darling is an Associate Professor in Computational Genomics and Bioinformatics in the UTS Faculty of Science’s ithree institute. He has over a decade of experience developing computational methods for comparative genomics and evolutionary modeling and in 2013 moved from the University of California-Davis to start a computational genomics group at UTS.

Darling embarked on his research career at the University of Wisconsin-Madison. Following a bachelor’s degree in Computer Science, he worked with members of the UW-Madison Genome Center to sequence and analyze the first genomes of pathogenic E. coli. During this time Darling led the development of some widely used computational methods for analysing genomic data, including the mpiBLAST open source parallel BLAST software and the Mauve software for comparing multiple genome sequences.

Following the award of a Ph.D. at UW-Madison, Darling received a fellowship from the US National Science Foundation to pursue postdoctoral studies at The University of Queensland. After two years at UQ he then returned to UC Davis to develop a research program in computational metagenomics — the study of uncultivated microorganisms from the environment using computational methods.

Darling now brings his experience to understand the relationship between humans and microorganisms in collaboration with microbiologists at the ithree institute. 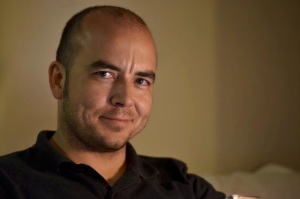 Rob Davidson is a data scientist at the journal GigaScience. Prior to this he was a bioinformatician at the University of Birmingham, UK. He would like to point out that bioinformatics has been doing data science for a couple of decades now but no one called that the sexiest job of the 21st Century. He admits that he asked for the title ‘data scientist’ when he moved to GigaScience. In his current role, he develops systems for sharing scientific ‘big-data’ and software so that scientific publications can become reproducible once more. These systems include GigaDB, a database that stores all data associated with GigaScience articles and GigaGalaxy, a platform for re-running analyses found in the articles. His current project is an image viewing system for easy access to full resolution versions of images stored in GigaDB. In his spare time he is also heavily involved in the Open Data community of Hong Kong. 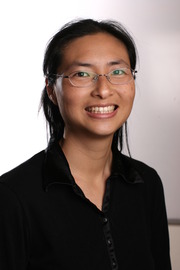 Associate Professor Jean Yang is an applied statistician with expertise in translational bioinformatics.  She was awarded the 2015 Moran Medal in statistics from the Australian Academy. This is in recognition of her work on developing methods for molecular data arising in cutting edge biological and medical research.

Her research stands at the interface between medicine and methodology development and has centered on the development of statistical methodology and the application of statistics to problems in genomics, proteomics and biomedical research. The overarching goal of her research work is to develop statistical methods for integrating –omics data from multiple platforms and devising models for incorporating related biological information with such data. As a statistician who works in the bioinformatics area, she enjoys research in a collaborative environment, working closely with scientific investigators from diverse backgrounds.

Bruno Gaëta obtained his PhD in molecular genetics from UNSW in 1992. After a post-doctoral research fellowship in gene regulation, he turned away from the lab and joined the Australian Genomic Information Centre at the University of Sydney, to provide training and education in the use of computer software for analysing molecular biology data. For several years he travelled around Australia and the world, introducing biologists to the then nascent field of bioinformatics.

In 1999 his group at the University of Sydney spun off a company to commercialise some of its software, and Bruno joined the newly formed eBioinformatics as Director of Education and Senior Scientist. During this time with the company he took sabbatical leave several times to teach AusAid-sponsored bioinformatics workshops in South-East Asia and introduce local biologists to new computer-based research methods.

In 2002 Bruno returned to academia and his alma mater UNSW, as senior lecturer in computer science, and director of the newly established Bachelor of Engineering (Bioinformatics) program. He has established a network of collaborations with biologists and computer scientists both within and outside UNSW. His research interests cover multiple areas of bioinformatics including gene regulation and protein structure, currently with a focus on the immune system, antibody genes and the generation of antibody diversity. He is maintaining his interest in bioinformatics education and in introducing bioinformatics in developing countries, and is currently a director as well as treasurer-elect of the International Society for Computational Biology as well as the vice-president (Education) of the Asia-Pacific Bioinformatics Network. 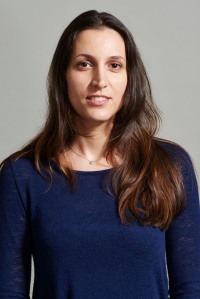 Eleni studied Engineering in Greece before moving to the UK, where she received her MPhil in Computational Biology from Cambridge University and her DPhil in Bioinformatics from Oxford University in 2010. During her postdoctoral work, she was involved in genome-wide association studies as part of the Wellcome Trust Case Control Consortium.  In her last years in Oxford, she was also involved in genetic studies of rare diseases by investigating paternal-age-effect mutations in sperm. She moved to Australia in late 2013 and joined the Bioinformatics lab in the Victor Chang Cardiac Research Institute where she is working on the identification of mutations causing congenital heart defects.